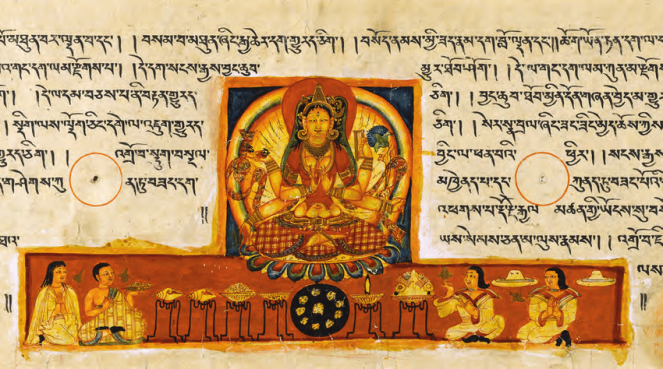 As an homage and offering to the great mother prajñāpāramitā, on this new moon day, I offer this short translation and research note of what the term prajñā means, how it differs from the other important term jñāna and thus how it is best translated.

In many Buddhist texts, the Sanskrit word prajñā (shes rab)  is often used to describe the ‘wisdom’ or ‘insight’ necessary to realise non-duality/emptiness (an essential realisation on the path to enlightenment) and also the word jñāna (ye shes) to describe  the qualities of the ultimate nature/dharmakaya itself. However, if you Google search the term online, there are very few, if any, accurate explanations of it from within the Tibetan Buddhist context.

Previously, and even these days, translators have translated the word prajñā as ‘wisdom’, but this is problematic, as scholars have written about in various articles and publications. One of the main reasons being that the use of the word ‘wisdom’ fails to successfully capture its meaning and also to differentiate between the ultimate nature ‘primordial awareness’  jñāna.  There is no doubt that when the Tibetan lotsawa translators considered how to translate these Sanskrit words they would have been very aware of their meaning and difference. It is no coincidence that both words contain the Tibetan word ‘shes’ in them, for example, as the translation of the Sanskrit root -jñā. Both these words indicate a type of ‘knowing’ or ‘understanding’ something.

The difference between prajñā  and jñāna

In my own research and work on the empty-of-other view and it’s relation to prajñāpāramitā, I translate  jñāna as ‘primordial awareness’ and prajñā as ‘special insight’. The problem with the use of the word ‘insight’ though is it is often used to describe another type of ‘seeing’ in the meditative analytic technique of ‘superior seeing’ or ‘insight’ (lhagthong in Tibetan).   However, ‘insight’ gets across the non-conceptual, visionary aspect of prajñā and is closer to the meaning. (For a detailed discussion of the etymology and translation of prajñāpāramitā, see also Brunnhölzl 2010: 28–34, Lopez 1988: 21–23 and Almogi 2009: 162, n. 66).

To distinguish the term ye shes (jñāna) from shes rab (prajñā), the better translation is ‘primordial awareness’.  In Guenther 1987: 53, n. 13, he translates ye shes (jñāna) as:

…a primal or primordial (ye nas) awareness (shes pa). It is a direct intuition, non-dual in nature, it is that awareness which exists before the perception process comes into operation that makes the distinction between subject and object and that identifies and labels an object as being this thing or that.

Jñāna and the Ultimate Nature

In his Commentary on the Heart Sūtra (Tomlin 2017), Tāranātha explains how ‘primordial awareness’ jñāna is connected to the  Heart Sūtra explanation of reality:

Even if you understand merely that these two have a common locus, in order to refute any doubt that thinks it possible for there to be empty primordial awareness that is not the ultimate form (don dam gyi gzugs), and that it is possible for there to be ultimate form that is not empty primordial awareness [there are the lines]: “Emptiness is no other than form.” 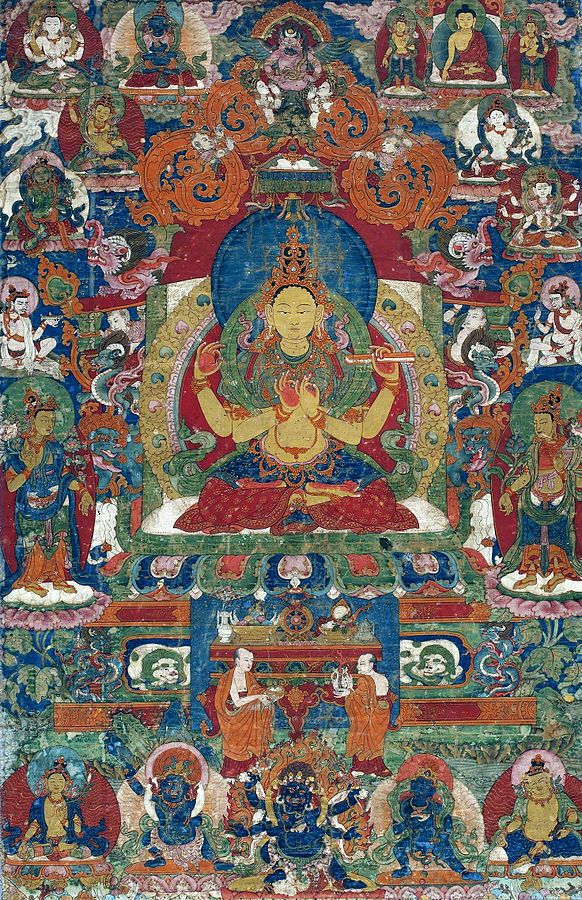 HH 14th Dalai Lama and the uses of the word prajñā

In an interesting article,  The English translation of shes rab (prajñā) by the 14th Dalai Lama and the list of
English words for the fifty-one mental factors (sems byung lnga bcu rtsa gcig), TSUJIMURA Masahide (Kobe University), concludes that, ‘insight’ is the better translation of ‘shes rab’ for the following reasons:

We can summarize the Dalai Lama’s English translation of shes rab in the following manner:

The English words used by the Dalai Lama clarify the two meanings of shes rab. From his example, we can conclude that the Dalai Lama uses “insight” to refer to the functional side of shes rab. In contrast he uses “wisdom” for complete knowledge obtained by insight; thus, this term includes the function of insight and other actions, such as hearing, thinking, and meditation. Because the functional essence of lhag mthong is the same as shes rab, the English word “insight” is used for both lhag mthong and shes rab.

So in brief, it is possible to conclude that a key point about prajñā is that it is not the ultimate nature jñāna ‘quality’ that is ‘primordial awareness’, but it is nonetheless a necessary mental element of understanding and realising that ultimate nature. Prajñā is ike a sword that sharply and precisely cuts through the surface of appearances and self, as solid and dualistic, leading into the vast spacious expanse, the abiding, ever-present ‘awareness’ that ‘realises’, ‘sees’ and ‘encompasses’ that. The all-encompassing ‘wisdom eyes’ of the dharmakāya that ‘know and see’ all appearances as one and the same, as waves rising and falling in a vast ocean.

Brunnhölzl 2010                 Karl Brunnhölzl, Gone Beyond: The Prajñāpāramitā Sūtras, The Ornament Of Clear Realization And Its Commentaries In The Tibetan Kagyu Tradition. Ithaca, NY: Snow Lion, 2010.

Guenther 1987 ,              The Creative Vision: The Symbolic Recreation of the World According to the Tibetan Buddhist Tradition of Tantric Visualization Otherwise Known as the Developing Phase. Novato, CA: Lotsawa, 1987.

3 thoughts on “Translation Note: The difference between ‘prajñā’ (sherab) and ‘jñāna’ (yeshe) and their role in understanding the Buddhist ‘view’”